Why Did you Start Using WIDA?

Taipei American School's initial foray into using WIDA began in 2011 in response to a WASC recommendation for the Lower School ESL department to adopt standards to align curriculum, instruction, and assessment of ESL students. Attracted by WIDA's academic language standards, the TAS Lower School ESL team's first step was adopting WIDA MODEL to assist with screening and internal placement/exit decisions each semester. Since then, the Lower School ESL team has come to understand that in order to best meet its unique international student population's academic language acquisition needs, a more authentic approach was needed that extended beyond the information and data WIDA MODEL provided. In 2013, TAS' Lower School ESL teachers and administrators recognized that many of the instructional approaches and language tools ESL teachers were leveraging were indicative of a shift of philosophy that also mirrored a change in TAS' student population's needs. This shift from viewing students in the program as second language learners working with a deficit to academic language learners becoming independent students who can access the curriculum inspired the TAS administration to formally change the Lower School ESL program's name from ESL to EAL - English as an Academic Language (EAL).

To monitor students' progress, the Lower School EAL department routinely collects common assessments (eg. math chapter tests, science unit tests, writing benchmark assessments, etc) and analyzes the academic language students are using. The purpose of interim assessments is to inform Lower School EAL teachers about their students' performance in different content areas. Information gleaned from interim assessments can also be used when communicating with parents and reporting a student's progress. By maintaining WIDA's Can Do Philosophy and applying WIDA's academic language framework, Lower School EAL teachers are able to ascertain specific language strengths and next steps, thereby empowering Lower School EAL and mainstream teachers to best meet the language needs of their students. This authentic data is collected and organized into an Academic Language Portfolio (ALP) for every student in the program and serves as an invaluable resource when meeting with homeroom teachers and parents as it documents a student's language progress for the duration of his or her time in the program. When EAL students exit the program, the Lower School EAL team continues to monitor students' progress by continuing to collect and analyze authentic assessment data for the ALP. If a student continues to demonstrate he or she is meeting mainstream language standards independently for a semester, then the student is fully released and no longer monitored.

The practice of collecting EAL students' mainstream unassisted work and analyzing their language at the word level, sentence level, and discourse level subsequently inspired the Lower School EAL team to make a concerted effort to establish and maintain inter-rater agreement within grade level teams and across the Lower School division as well. These insightful discussions led the team, in conjunction with support from the Lower School administration and mainstream teachers, to decide to collect and analyze mainstream classroom work to establish what language was currently being produced and expected, and whether or not there were gaps between various content areas. Furthermore, these exercises rallied the team to disseminate the need for explicit language instruction so that all students, EAL and mainstream alike, could communicate their understanding of all content. The TAS Lower School EAL team is encouraged by how a common language is beginning to be used with all stakeholders of the TAS Lower School division when discussions and decisions are being made about supporting students' academic language. 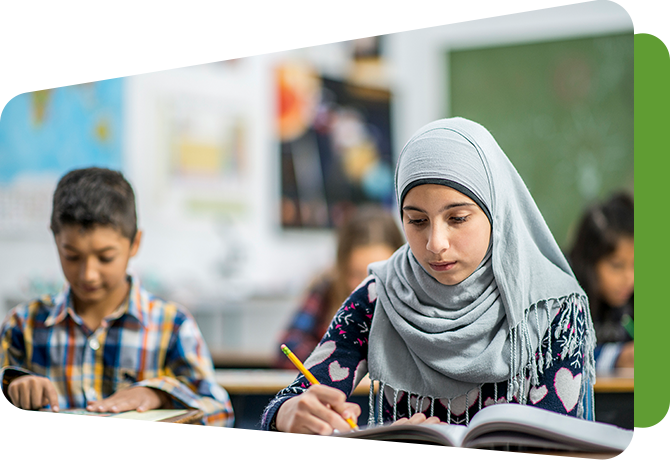