The past few weeks have left many of us angry and frustrated. Here in Madison and around the world, activists and allies have raised their voices to protest the systemic racism and injustice facing Black people in the United States. As educators, we also recognize the discrimination experienced by students, families or teachers, within US and international school communities.

Diversity is not enough. WIDA is committed to an anti-racist approach to affirming the identity of all learners and social justice is one of our core values as an organization. We recognize that we need to not only promote diversity and inclusion but also strive for equity and challenge systemic discrimination in international school communities. We can’t remain silent; we need to ask ourselves hard questions:

To what extent are all students and educators welcome in international schools?

When we discuss ‘inclusive schools’ do we only consider linguistic or cultural identity?

Good intentions are not enough. Twenty years ago, Parker Palmer reflected that “we teach who we are” and in today’s globalized and interconnected world, inquiring into one’s own identity and intersections is necessary for both empathy and equity in the classroom. As international teachers, we project our own preferences and biases onto our classroom. Each human shares the same fundamental traits, but Capper and Frattura (2015) observe that the choice whether to pay attention to particular dimensions of our identity - race, language, sexual orientation, nationality or gender - is actually a reflection of our own privilege. In fact, if we do not recognize how privilege operates, it’s likely we’ve been members of a dominant group and therefore recipients of unearned privilege.

Words are not enough. We need to act, and the choice is ours. Remaining silent and ignoring systemic inequity perpetuates practices that remain unchallenged, especially when these practices are ostensibly considered support. Christopher Emdin observes that “once educators recognize that they may be biased against forms of brilliance other than their own, they can finally begin to truly teach” (2017). An anti-racist stance begins with each of us recognizing and challenging our own implicit bias, and then taking deliberate action.

In this newsletter, in addition to our regular updates on new resources and research opportunities, you’ll read about how WIDA is taking action as an organization and resources and partnering with other organizations like AIELOC (Association of International Educators and Leaders of Color) to raise our voices and stand with our black and brown colleagues, here in Wisconsin and around the world.

We support AIELOC in asking, what if all international schools and leaders...

We Stand with You: An Open Letter from WIDA

As we reimagine schools in the next 6-12 months, WIDA continues to develop new resources to help international educators serve multilingual learners.

To support multilingual students and educators, WIDA provides resources and research across a number of categories.

Fatima Rivera is the WIDA International Program Coordinator. She is one of the many international and multilingual professionals working at WIDA. Fatima came from Guanajuato, Mexico at a very young age and was able to accomplish many goals. One of them was to earn her Bachelor of Science degree in Sociology with a concentration in Human Services from Edgewood College in Madison, Wisconsin. 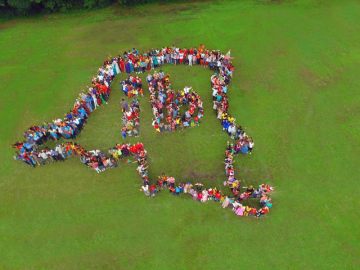 Founded in 1961, The American School of Kinshasa (TASOK) is a not-for-profit school located in the capital of the Democratic Republic of Congo (DRC). This central African country provides a rich linguistic context with over 200 spoken languages, French as an official language, and Lingala, Kiswahili, Kikongo, and Chiluba as national languages. Our 349 students represent over 50 different nationalities, and our faculty and staff speak a wealth of 25 languages in addition to English. TASOK is an authorized International Baccalaureate World School, implementing the Diploma Programme (DP) and currently completing authorization for the IB Primary Years Programme (PYP) and Middle Years Programme. (MYP).

Due to the uncertainty surrounding COVID-19 and the changing global health response, we are continuing to work with host schools to determine dates and locations to meet the needs of our global educators. 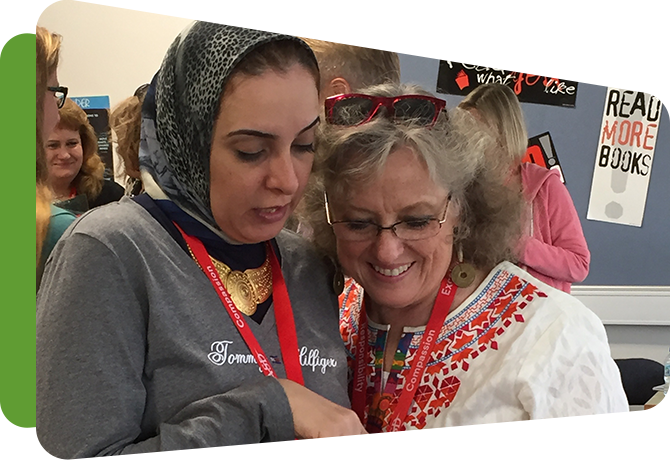 Tell us about the ways WIDA has helped your school discover what your learners can do. Send a message to international@wida.us to nominate your school – or a colleague’s – to become a Focus School for an upcoming issue of the WIDA International Newsletter.