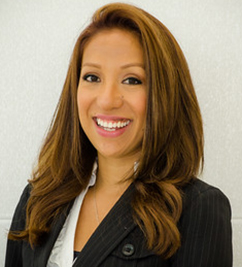 WIDA and the Wisconsin Center for Education Research (WCER) are delighted to congratulate Erika Rosales, WIDA human resources coordinator, on her two-year, $110,000 grant from the Baldwin Wisconsin Idea Endowment to create the "Center for DREAMers at UW" with Erin Barbato, director of the Immigrant Justice Clinic at UW Law School.

Barbato, a clinical professor, will be co-project leader and Erika – a DREAMer herself – will serve as director of the center as soon as October, when the pair hopes to open the planned "resource hub," possibly in the Law School or on Park Street.

"I'm very excited but a little nervous," Erika said. "It's a huge undertaking. We're hoping to serve DACA students across the state in a holistic way, anyone enrolled or thinking of enrolling in college."

The new center's clients will be among the roughly 11,000 undocumented immigrants in Wisconsin who were brought to this country as young children and remain here under the temporary, renewable protections of the Deferred Action for Childhood Arrivals (DACA), a program created by the Obama Administration in 2012. DACA recipients get their nickname from the DREAM Act, which attempted to grant them legal status and a path to citizenship in 2010 but failed, leaving DREAMers in a maze of long-term uncertainty that continues today.

Erika and Barbato aim "to ease the burden of some of the uncertainty," according to their project description, with the new center. It will work with organizations on and off campus to help break down barriers and coordinate services for DREAMers, including legal representation, mental and social services, and career and educational counseling.

At least as important, Erika said, the center hopes to provide a lasting sense of community.

"My ultimate goal is to have a place where DACA recipients feel seen and heard, and where their whole humanity is being acknowledged," she said. "We want to create this space for them to have a little bit more hope and more access to higher education."

When the center opens, Erika will move to half-time status at WIDA, where she has worked since 2015, currently as a human resources coordinator. She also co-leads WIDA's Social Justice Change team and engages in immigration advocacy on her own time, leading to her connection with Barbato and the idea for the center.

Born in Mexico, Erika grew up mainly in Madison and holds a bachelor's degree in international studies from UW-Whitewater and a master's degree from the Cultural Foundations of Community Engagement and Education graduate program at UW-Milwaukee.

The DREAMers center was among seven projects across campus that were awarded grants up to $120,000 this year under the competitive Baldwin Wisconsin Idea program.

Karen Rivedal is a WCER university relations specialist. She writes and edits stories and other content for internal and external audiences designed to inform and showcase the work of faculty and academic staff researchers.