Be(com)ing an LTEL: Challenging policies and practices in the education of long-term English learners 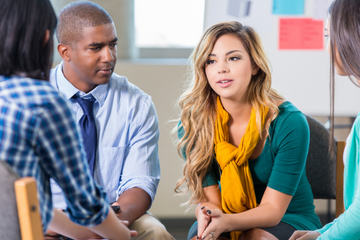 "It should be the norm that every single student in this country is guaranteed a quality education no matter where they live, which tax bracket their family might fall into or their race. And it’s unfortunate that it has to be argued so often and politicized." – Genel Fowler

Genel Fowler’s quote above was her call to normalize student success despite a pandemic. She appeared on the Today Show on January 14, 2021 representing millions of educators who share her concern for and commitment to the success of all students in our schools. Her words resonate with many of us who went into education with the goal of making a difference in children’s experiences in schools and our communities. However, a group of students who seem to have been left out of this vision are long-term English learners (LTELs). Bi/multilingual students who have been officially classified as English learners for five or more years are formally identified as LTELs. Since the Every Student Succeeds Act (ESSA) was signed into law in 2015, districts have been required to monitor LTELs and to identify interventions to help them succeed.

While, on the surface, the intentions of ESSA are the same as Fowler’s — to help every single student succeed — monitoring these students has also highlighted some inequities in policies and practices related to their education. Here I outline some of them:

Each of the challenges described above points to inequities in the ways we serve bi/multilingual children. What might be most concerning is that these inequities are caused precisely by policies that are meant to support bi/multilingual learners. Flores and Lewis (2022) suggest these are raciolinguistics ideologies in action. Raciolinguistics ideologies look at issues at the intersection of language and race. They co-construct language and race in ways that suggest communities of color are inherently linguistically deficient regardless of what they are able to do with language — in this case, being bilingual, which would be celebrated were they affluent and white. In the WIDA study mentioned earlier, Sahakyan and Ryan noted that 16% of Hispanic ELs in the cohort examined were identified as potential LTELs — somewhat higher than the cohort average of 13%. Potential LTEL rates among Asian and white students, at 6% and 7% respectively, were lower than among other ethnic and racial groups. What these data say to me is that it is critical that we include conversations about race when attending to issues of language.

In some cases, the length of the stay in a language program is an intentional decision on the part of educators, who believe that without the label and the program, bi/multilingual students may not receive support that meets their academic needs. In other cases, even without the academic proficiency requirement, language development standards and language proficiency assessments have increasingly incorporated more rigor in the mastery of academic language, making reclassification more challenging. As a mother and educator, I do not challenge the call for rigor, but I also welcome the broadening of the door to welcome diverse ways of using language, diverse ways of learning, and diverse ways of seeing the world.

In their work, Flores and Lewis (2022) ask a simple question: “What if support were disentangled from institutional labels and students’ bilingualism was incorporated into a general profile that would seek to individualize needs for each student?” While this is a simple question, the answer is not. It is rather a challenge to move away from deficit perspectives of bi/multilingual learners, including LTELs. It is also an invitation to a deeper conversation about what it would mean to normalize Fowler’s vision that every single student in this country is guaranteed a quality education that builds on their assets and individual needs.

Mariana Castro serves as deputy director for the Wisconsin Center for Education Research and as lead developer in various projects related to multilingual development. Her current research is related to language practices of multilingual students, curriculum and instruction in dual language immersion programs and teacher professional learning through the lenses of social justice and advocacy.

Nelson Flores is an associate professor of educational linguistics at the University of Pennsylvania Graduate School of Education. He has collaborated on several research projects focused on the education of bilingual students in U.S. schools. His most recent collaboration has been with The Center on Standards, Alignment, Instruction, and Learning (C-SAIL), where he is studying the historical development and contemporary implementation of standards-based reform for students officially classified as English learners.

Samuel Aguirre is the director of WIDA Español and assistant director of consortium relations. In this position, Sam bridges Spanish language development with English language development to support bilingual education of students in the U.S. and abroad. His life experiences as an emergent bilingual in the U.S., work as an educator in the classroom, advocate working with culturally and linguistically diverse communities and director of multilingual services at a state education agency provide a strong foundation for his role at WIDA.

This article was written using data from research conducted at the Center on Standards, Alignment, Instruction, and Learning (C-SAIL) and funded through a grant from the Institute of Education Sciences (IES) of the U.S. Department of Education.