Conversations with Tim: Get to know WIDA Screener for Kindergarten 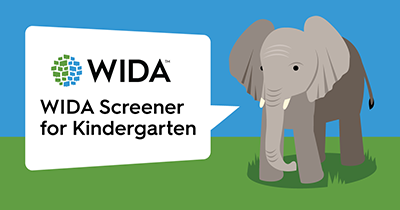 This month, Conversations with Tim features a discussion between Tim Boals, WIDA founder and director, Mark Chapman, WIDA director of test development and Marcy Olson, WIDA assessment content specialist. They sat down (virtually, in their home offices) with Merideth Trahan, WIDA chief of staff, to talk about WIDA’s new assessment, WIDA Screener for Kindergarten. With Merideth moderating, Tim, Mark and Marcy take a closer look at some of the test development work, field test data and the reasons everyone at WIDA is so excited about this new assessment.

This conversation has been lightly edited for clarity and length.

Listening option: If you want to listen to Conversations with Tim while walking the dog or driving, now you can!

Listen to the audio here or continue reading this abridged version of their conversation.

Merideth: Tim, why is it important that we talk about WIDA Screener for Kindergarten?

Tim: At the core of our mission at WIDA is a set of language standards, and those language standards relate to a series of language assessments. The standards and assessments guide teachers of multilingual learners by giving them crucial information about language development. WIDA Screener for Kindergarten is the first assessment that our teachers and our students see, so it's very important. As the first test that teachers use, that test, like all of our assessments, has to be valid, reliable and as practical as possible.

Merideth: It makes me think for a kindergarten language learner starting school for the very first time, WIDA might be one of the first interfaces that they have before they start their kindergarten experience.

Tim: Yes, and it's very crucial that an assessment for kindergarteners also be developmentally appropriate.

Merideth: That's actually the next question, which is for Mark (and Tim, chime in please). Walk us through why WIDA developed WIDA Screener for Kindergarten.

Mark: Over the years, WIDA has released other assessments to help screen kindergarten students: Kindergarten W-APT and Kindergarten MODEL. I think both those tests really helped states and districts make good, informed decisions about whether students needed help and support to do well in school – in terms of their English language development. Both of those tests are pretty old now. I think it was really important for WIDA to release a developed, enhanced assessment that did as good a job as possible in helping educators to make that really, really difficult decision as to whether a kindergartener would benefit from getting English language support services.

Tim: You can't overstate the importance of the kindergarten experience in language.

Merideth: Mark, what was the development process like? Were students and educators involved in it?

Mark: We had lots of educator and student involvement in the development of WIDA Screener for Kindergarten. In terms of the student involvement, we did a pilot test, which included about 100 kindergarten English learners. That's the stage where we're refining our new item types or a new type of task that we haven't used before on a kindergarten assessment. It’s really important to see how students respond to those tasks. After we did some further refinement of the items, we did a large-scale field test and we had about 1500 students participate in that.

Equally important to WIDA is the role that educators play in the development of our tests. The main stage where most educators were involved was our bias, sensitivity and content reviews. Two years ago, we convened a panel of educators to make sure the test was appropriate for and accessible to kindergarten-aged English learners and that the themes and topics that we used across the test were equally accessible to all kindergartners, regardless of if they were in a large urban district or a rural district.

Merideth: Mark, what did you learn from the pilot and field test that resulted in changes to the test itself?

Mark: The first thing that we learned from the data was how much kindergartners can do with their language. We were just so amazed and impressed with the language development that these kindergartners showed.

One of the things that was really important was whether the test is administered in its color version or in its grayscale version. When we were doing our testing, we gave approximately half of the students in the field test a color version and approximately half of the students the grayscale version. We learned there was basically no difference in the outcomes depending on which version of the test students took.

Marcy: It was rewarding to bring my experiences as a teacher of young multilingual learners to this project. I not only worked with kindergarten students, but with pre-k students and with first grade students. That allowed me to have a sense of language development and that early literacy development, and I was able to anticipate from my years of experience with those grade levels what some possible responses to the items and tasks might look like across domains and proficiency levels. I think knowing how kindergartners might respond, not only academically or linguistically, but behaviorally, helped us plan some interaction and activities that would promote engagement and encourage students to expand or elaborate.

Merideth: Can you give me an example of an activity that was friendly to children?

Marcy: As we were working on listening items, we decided that we really wanted to create some items that were based in allowing students to act or gesture – to get them physically and actively engaged. A theme in the materials is animals. As we talked about the animals in the savanna, we looked at pictures of animals climbing up trees, in the pond, and we had different activities that ask students to move their arms in a certain way that an animal might. We found that worked out really well. We were able to build in some really nice scaffolding, so for students who were more hesitant and didn't want to initially engage in acting out items, or weren’t physically able to do so, we had some nice ability to create different things with the storybook.

Merideth: Marcy, the other question I have for you is around supports for parents and families or caregivers of kindergarteners. Is there anything that WIDA Screener for Kindergarten allows for, promotes or provides?

Marcy: In addition to WIDA Screener for Kindergarten, WIDA has done a nice job of considering parents and families and engaging them. I'm thinking of some of the new documents that WIDA has created about language testing, like Explaining ELL Status. Those are really nice beginning places for families to understand what it is to be multilingual learner in a school setting. The WIDA website offers information on our new assessment and it has a really nice introductory video that I think is really wonderful for all of our stakeholders to understand what the test is.

Merideth: Tim, is there anything else you want to share about our commitment to working, not just for the children, but also with their families?

Tim: Families are so crucial to the work that we do and the work that teachers do. We are finding ways to connect and create more resources for families, so that they understand these assessments and the process of language development. Also, we help families understand the importance of their own native language and culture, which at the kindergarten level couldn't be more important. It's not all about learning English, it's also about making sure that our students are developing to the extent that they can in their own native language. That's key to identity development for students.

Merideth: Mark, how many students do you think will take WIDA Screener for Kindergarten in the next testing cycle?

Merideth: Is there a time of year when students take the test?

Mark: We see in the WIDA Screener Online Grades 1-12 data that the start of the school year (August and September) is when peak screening occurs. We also see from the online data that screening continues throughout the school year.

Merideth: If you were in a classroom of these little kindergarteners and were wondering about this new test, how would you explain the test to them?

Marcy: I would tell a group of students or an individual student that we were going to be reading a story and then after reading this story that I had some fun activities to do with them. I would show them cards and the storybook and get them really excited about those materials. One other thing that I maybe wouldn't tell students, but think is important to mention, is that WIDA Screener for Kindergarten is very responsive to students. As a teacher or test administrator is going through and administering the test, which really does feel like a storybook and some fun activities, they’re very carefully looking through their score sheet and marking how students are responding and stopping if they see that a student has reached the extent of their language skills.

Merideth: It’s been wonderful to learn about all of the work that's gone into this project, and the innovation, adaptation and the lessons learned from the process. This work is truly important because it affects our littlest of language learners.

Want to learn more? Check out the March news article, WIDA Screener for Kindergarten: Get ready to use it, find out what’s available this spring.

About Conversations with Tim 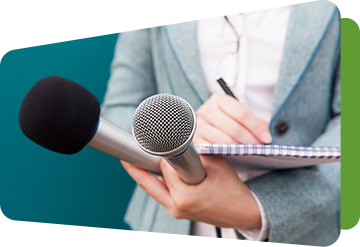